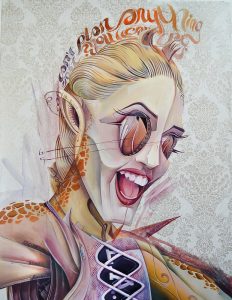 Artist Bio:
Working as professional artist: from 2010 next to being a designer
break through: 2015 onwards (with art show H’Animalism)