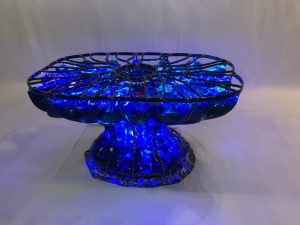 Artist Statement:
My name is Alexei Khlebnikov. I was born on September 3, 1968 in Moscow. I graduated from high school, then went to medical school. Since 1992 I have been working as a dentist. Part of my childhood was spent in India, where I found a thirst for adventure. I collected a collection of butterflies numbering more 2000 copies. I always liked to explore the world. Already as an adult, I traveled a lot and discovered another passion for diving. The world was amazing and fascinated by its diversity. I gained a lot of impressions and one day I wanted to create something. The first work was a massive table in the form of a bouquet of flowers inlaid with mosaic. Made of smalt and concrete. Weighing 1000 kg. This was the first serious work with so much material. It happened in 2008. The idea to realize the “World of Pandora” came much later. In this work, I embodied all my fantasies in the material I chose (epoxy), in a form that was a bold decision when working with such material. Inspired by the result, I later created the object “The Universe is just one of the God’s toys” made also from resin and crystals. I still I work a hundred atologom, but my thirst to create longer ostanovit.

Additional Info:
Both works that I represent are united by one idea. the first named Pandora is the beautiful world of the planet Pandora, where everything exists as conceived by the creator, in peace and harmony. the forged part framing the installation symbolizes the capture of the planet by people for mining. the work is made of crystal and epoxy; it is a monolith of about 700 kg with an integrated backlight system and with the possibility of installing an autonomous power supply.

In the second work named “The Universe is just one of the God’s toys”,  I tried to reflect the diversity of our universe, where in balance there is visible beauty and mystery, angels and demons, good and evil. and all this is governed and created by one wave of the hand of the creator. The ball consists of crystal and epoxy resin weighing about 400 kg, an integrated ultraviolet light system and a pedestal for exposure and transportation. 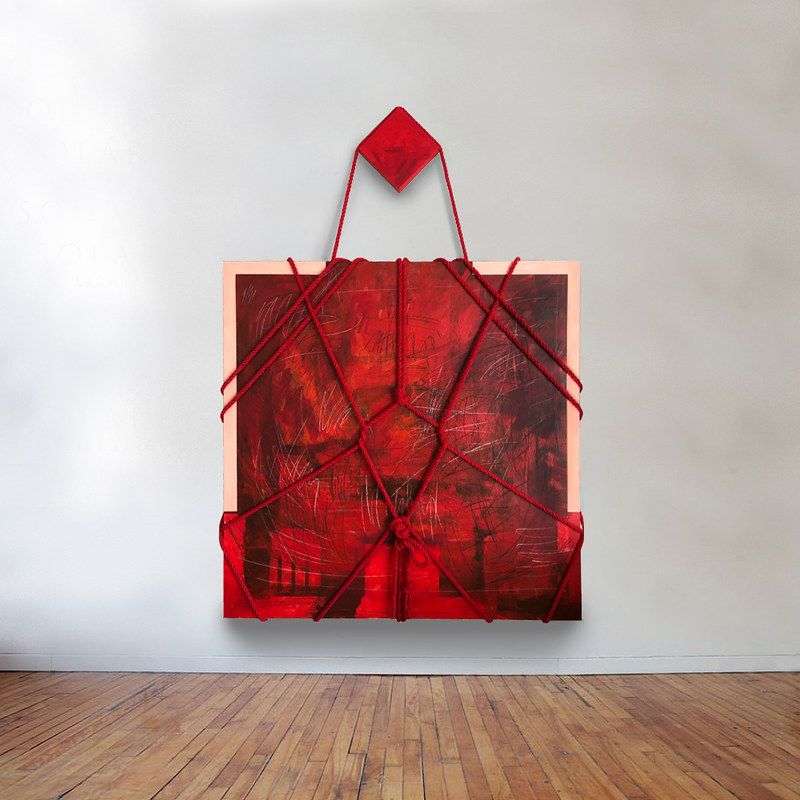